A Day in the Life of the Cu Chi Tunnel Soldiers, Ho Chi Minh City


After having spent a couple of days in the busy Ho Chi Minh City, we went to visit the Cu Chi Tunnels, what an experience guys.  It’s even better when you are accompanied by a guide whose knowledge is so profound of his country’s history.  Our guide Hai had been a communications officer for the American army during the Vietnamese war in 1972.  His views are that of a man who spent 2 and half years in a Communist orientation camp after the Americans left Vietnam.  His views are excellent and his history even better. 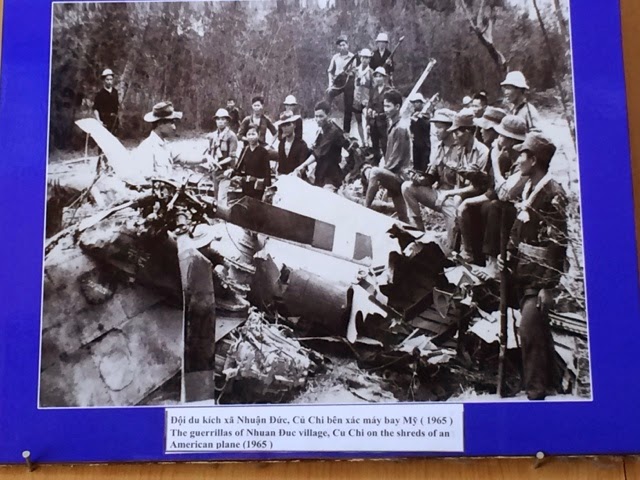 The Origins of the Cu Chi Tunnels

The Cu Chi tunnels are simply a work of art in my opinion.  After having seen many films on television related to Vietnam, I can now personally say that the Americans were simply outplayed in every sense of the word.  Jungle warfare was something the allies were not prepared for.

Nevertheless, the level of ingenuity to construct districts within tunnels is unique and magnificent engineering.  The name derives from the Cu Chi trees that surround the area.  As communists commanded in Cu Chi at the time, over 75% of the population in Cu Chi decided they simply had to find a way to hide and at the same time inhabit a tunnel network that would be blind to the allies.  Over 42 square kilometres of tunnels were constructed simply by using their shovels and bare hands.  They dug an astonishing 10 meters deep and not more as this would result in water retraction making the tunnels weak.

It took the allies a very long time to realise this and it was then that they bombed over 500 thousand tons of bombs in Cu Chi.  The result of such devastation after the war was incredible.  Over 16,000 communists used the tunnels as a hiding place only 5,000 were alive by the end of the war. 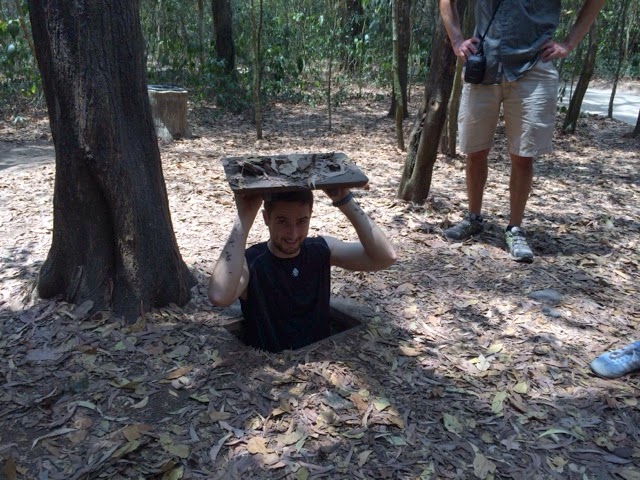 I crawled through 100 meters in the tunnels!

I only experienced 100 meters of these tunnels the result was just as I had imagined it.  Even though part of the tunnels have been made bigger for westerners such as myself, the level of heat and to a certain point claustrophobia is tremendous, it was a long 100 meters considering you have to crawl your way through.

Not just a tunnel network, but home to many men, women and children.

Cu Chi tunnels also houses different exhibitions relating to the war, the firing exhibition allows you to fire different rifles from the era! The best part was that you could fire real bullets! I chose the AK47 and fired 10 bullets for 10 dollars.  It really looked like certain scenes in Platoon the movie when you roam through the jungle listening to sound of bullets being fired.


So as an update I would like to let you know that the CU Chi tunnels is a must when in the capital, even though it is nearly 2 hours away in coach, you will enjoy this remarkable piece of history.

Next time on The Travelling Postcard...

Watch this space as Shereen will be posting about the Ben Thanh market in Ho Chi Minh, she just loved the colours!